Multiplayer is a gameplay mode and functionality in Descenders.

Descenders previously did not launch into Early Access with multiplayer; it was a purely solo experience that featured online leaderboards. However, requests for multiplayer meant that it would eventually be developed and then added to the game at launch, when it released from Early Access.

To create a multiplayer lobby, pause the game, select Ride, then Multiplayer Lobby. You will see a list of lobbies, along with the player counts in each, separated by lobbies that have not yet started, and lobbies that have. Select to create a new lobby then type in the lobby name.

You will be presented with 4 options - Ride, Settings, Join As Spectator, and Set Password. When Settings is selected, a settings screen where the Game Mode can be changed is selected. There are 5 options: Casual Session, Career Session, Seed List, Bike Park, and Single Environment. To cycle between these options, press left or right on the keyboard, or on the directional pad of your controller.

In all lobbies, players that are not the host can vote for the next track to be played (and in Career Lobby, the choice of Crew Member), but it is ultimately the host's decision on which track/crew member is selected. If the host disconnects from the game, the lobby will not shut down; a random person will become the next host.

A Casual Session allows players to freely ride with their friends/other players without any fear of consequences (and without any chances of item drops). There are no lives to worry about; the player can casually chill and either race with friends, or attempt to score the highest rep/flow. The host of the lobby can either choose to play Career or Career-Plus. Once a player finishes the track by crossing the finish gate, the other players have 30 seconds to finish it themselves.

A Career Session (added 12th July, 2019) is effectively Career mode in multiplayer form, where the player can still earn Items upon session end, based on the average Reputation value of all players in the lobby. In this mode, a track can only be finished once every person crosses the finish gate. If a player gets rekt, they go into spectate mode and can only be revived once the remaining players complete a Medic Camp node. Again, the host has the choice of either Career or Career-Plus.

It is not possible to join a Career Lobby that has already started; in the lobby list it will have a lock sign displayed next to it.

The host can instead choose to play a list of Seeds. To change the seeds, select the option to "Set Seed List", and enter them following the syntax shown.

Introduced on October 28, 2021, this setting makes it easier for the host to set up private lobbies in Bike Parks with friends. Previously, the host would need to use the aforementioned Seed List function and refer to the seeds of the Bike Parks.

Instead of any of the above options, the host can select to play through a single environment from Career or Career-Plus. This option follows Casual Session rules. 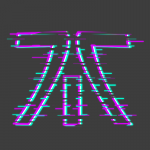